Iraqi composer and multi-instrumentalist Ameen Mokdad was trapped in hiding under the brutality of ISIS for two years in Mosul. During that time he survived and told his story by writing an extraordinary repertoire of music… in secret. He arranged it for a collaborative album with Cuatro Puntos Ensemble. It was recorded with Ameen playing violin & various Iraqi percussion instruments, reciting his own Arabic poetry, and singing. These 19 songs form a soundscape that transverses a range of emotions: fear, defeat, hope, and rebirth. THE CURVE has had live performances around the world since its creation in Mosul, Iraq. The album has enjoyed truly international status, with appearances in films, airtime on NPR, and steady album sales + streaming worldwide. Now Ameen joins Cuatro Puntos Ensemble and Ekklesia Contemporary Ballet to tell his story live to American audiences for the first time.

rsvp coming soon
Concerts are free of charge. A free-will donation can be given at the door.
You may make a contribution to Cuatro Puntos online by clicking here.
About
Ameen Mokdad

Ameen Mokdad was born in Baghdad, Iraq on the 1st of May 1989.
He graduated in 2013 from the University of Mosul Agriculture and Forestry College. He lived in the city of Mosul, in the north of Iraq, from 2003 until after the ISIS occupation. He started learning and making music in 2009. He has composed music for films and theater plays since 2014, has acted and directed experimental theater plays since 2017, and has worked as a music teacher and conductor since 2018. He founded the Light Orchestra in the city of Mosul 2019. 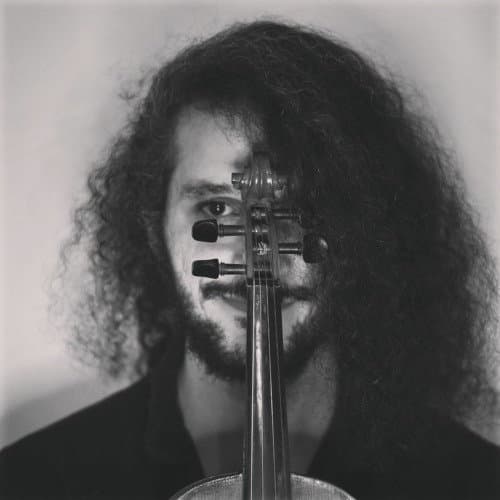