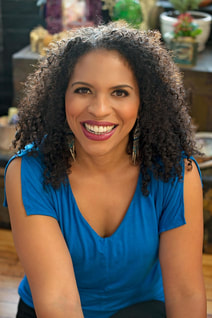 Alika Hope was noted for her “sassiness, humiliation, and sensuality” by Opera News and The New Yorker for her “luminous aria.” New York City: Philomel, Pajama Game, Master Class, H.M.S Pinafore, Once on This Island, Midsummer Night’s Dream. Regional: Trojan Women, Treemonisha, Show Boat, Big River, Porgy and Bess, Intimate Apparel, Zorba, Doubt, and South Pacific.  Other singing appearances include Opera Company of Philadelphia, Cincinnati Opera, Indiana Opera North, EWTN, CBS-TV, and Chicago’s Navy Pier.  Alika was the Co-Host of Perspective TV, which aired on ABC (WTNH).  Alika is the co- founder and president of The Ray of Hope Project, which works with organizations across the U.S. to address issues of social justice through music and dialogue. She recently won a Global Music Award for the album, Hope for a Motherless Child.  B.A., University of Notre Dame. M.A., Columbia University.  AEA/SAG-AFTRA


Alika Hope and The Ray of Hope Project
The Ray of Hope Project was founded by Alika Hope and Ray Morant in 2013. Originally ROH had the goal of using African-American spirituals to shed light on the combined anti-slavery efforts of blacks and whites in 19th-century New England.  ROH now includes 12 musicians and other performers, and also uses the music and lyrics of 20th/21st century songs as a way of creating conversations around current issues of global social justice. Engagements with schools, libraries, and museums throughout the United States have allowed ROH to collaborate with over 8,000 people.
Hope for a Motherless Child, their first album, was released in 2016, and won a Gold Mom’s Choice Award, a Creative Child Magazine award, and a Global Music Award. In 2017 ROH released the single Oh, Freedom! to benefit the Wounded Warrior Project. Oh, Freedom!  was awarded a silver global music award.  In Fall 2017, Alika Hope and The Ray of Hope Project will release IRL, a single and music video bringing awareness to the power of social media to prevent social isolation.
During a 2016 interview with NPR, Alika Hope stated that the motto of ROH is to:
Feel the Music, Change the World
﻿www.rayofhopeproject.com﻿
Back to About Us